If You Didn’t Bungee Jump, Did You Really Go To Queenstown?

During my time in New Zealand for mid-semester break (basically spring break) I was fortunate enough get to spend three amazing days in Queenstown, known for being the adventure capital of the world. 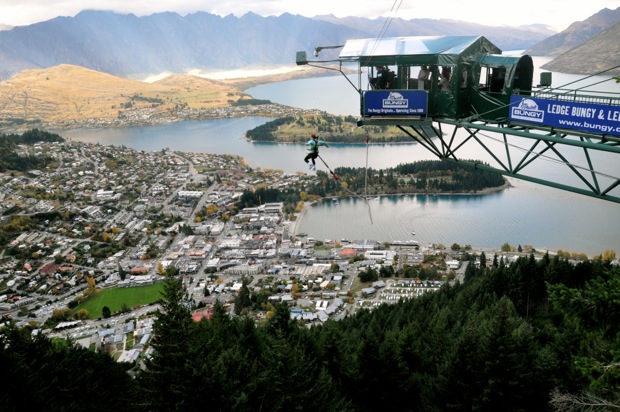 From skydiving, bungee jumping, paragliding and anything else that can make your adrenaline rush, Queenstown has it. Here is my experience with some of these adventures: 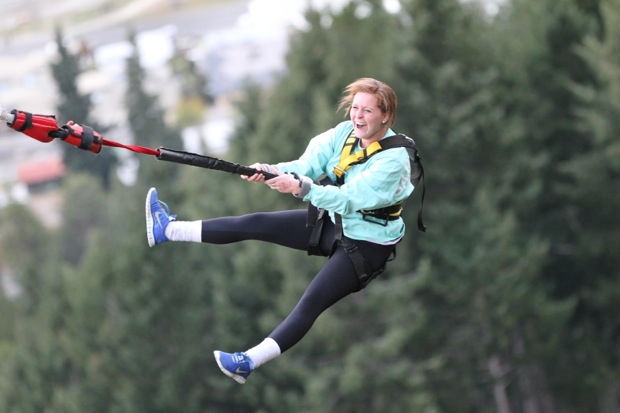 Everyone I talked to before bungee jumping said it was one of the scariest things you will ever do in your life; and up until I jumped I thought they were right. Standing, looking over the edge (because they make you look) the only thought I had in my head, was the ground looks really close and really far away all at the same time.

Thankfully, the instructors don’t give you a lot of time to think, just 1, 2 and 3 and I was leaping of the edge, a scream stuck in my through for the 2.2 second free fall. When I felt the cord tighten, I just laughed, that was the scariest thing in my life?

Rather than fear, I was having the time of my life, bouncing 47 meters from where I jumped. Even if you think you can’t do it, do it! Queenstown is where bungee jumping was invented and they have three of the best jump places in the world, so if you ever visit, it is a must do. Once you get in the air, its clean sailing but as you look down the face of a rather large hill, being told to run down it and trust a piece of fabric, you have other things on your mind. Having said that, flying on the open air, is one of the most exhilarating things.

I had the pleasure of having an amazing guide who had us going up and down like a roller coaster with no limits; I even got to fly it myself! For anyone a little scared (or a lot) to bungee jump or sky dive, try out hang gliding or paragliding first; you’ll be ready for anything after 10 minutes up in the sky

The only company allowed into the extremely narrow Shotover River Canyons, Shotover Jet gets you up close (like less than a foot) and personal with the sides of the canyon while going at ridiculous fast speeds and throwing in some 360 spins.

For the first ten minutes, I was extremely confused if I should scream, cry, or laugh; in the end it was combination of all three. If that’s not enticing enough: the Duke and Duchess of Cambridge partook just the week before!

Samm Zombolo  is a student at the University of Oklahoma and a TEAN Featured Blogger. Samm is currently studying abroad with TEAN in Sydney, Australia. How to Live in New Zealand After Graduation

You’ve passed your exams, have your diploma in hand…and are now trying to figure out … Read more