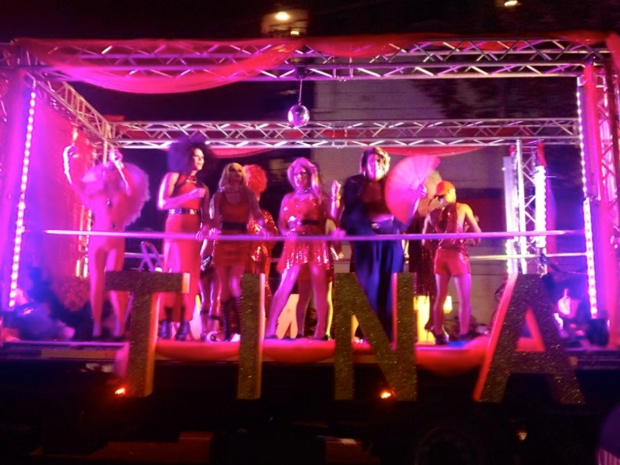 When we think of Mardi Gras we think of masquerade, New Orleans and the ever-prominent colors of green, purple and gold but down in Sydney, Mardi Gras has a completely different meaning. Every year in early March, Sydney puts on the loudest and most colorful Gay and Lesbian Mardi Gras celebration. When I say largest, I mean 5,000 people in the parade alone and hundreds of thousands of people flocking to catch just a glimpse of the three-hour parade.

At first glance, Sydney seems like any other diverse city but after just a few days and a walk down Oxford Street, I learned that in Sydney, everyone’s favorite color is the rainbow. And unlike other cities I have ever been to, in Sydney, if someone describes himself or herself as LGBTQI, it’s like telling your hair or eye color; it is just not a big deal.

Safe to say, when I found out I was going to experience a once-in-a-lifetime experience; I went shopping. For Mardi Gras nothing is too bold or too colorful. The night of the Mardi Gras parade marks the day I met some of the most diverse people. Standing in line for the restroom we met an 85-year-old Korean man who spoke absolutely no English…I’m pretty sure he was just looking for a quiet night but found something completely different. We met cross-dressers, Irish, Brazilian and gays. My favorite: a man in studded underwear with a rainbow cap who would only sing throughout our conversation.

As for the parade, it was impossible to see. With white barricades blocking the viewers from the floats, it made it hard for a 5’6’’ girl to see anything. Thankfully they put up big screens for people all over the streets to watch. But, for me, it wasn’t so much about seeing the parade as it was, meeting the people. It was amazing to see so many people coming together accepting diversity and uniqueness… and I didn’t see one topless girl the whole night.

In my opinion; it actually beats America’s Mardi Gras celebration. 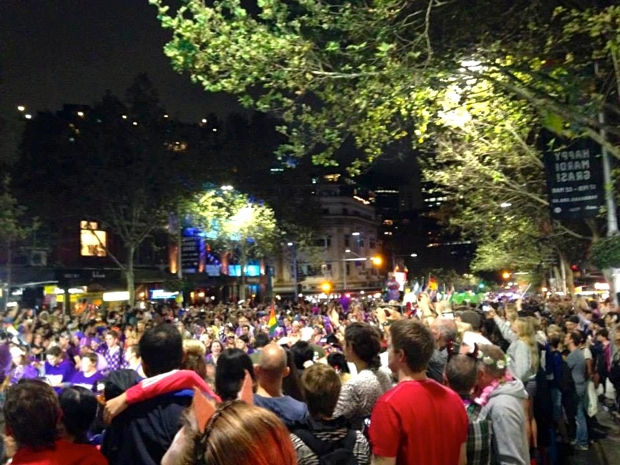 Samm Zombolo  is a student at the University of Oklahoma and a TEAN Featured Blogger. Samm is currently studying abroad with TEAN in Sydney, Australia.