The rain cleared, the sun came out (almost), and over 70 enthusiastic conference delegates ran for a cause at the TEAN NAFSA 3rd Annual Fun Run / Walk in St Louis on May 28th, 2013. This year the run took a picturesque route around the park at the base of the iconic Gateway Arch, taking in views of the Mississippi River.

TEAN donates to charity on behalf of each participant, and this year the runners/walkers raised $4,050. These funds are being donated to Reigns of Life, which provides therapeutic horseback riding programs for children and adults with disabilities. Dorota Janik, Executive Director for Reigns of Life, South Bend and Michigan City thanked TEAN Fun Run participants in a letter received this week:

“Reins of Life has offered therapeutic horseback riding classes for more than 30 years. Throughout the years we have been blessed with wonderful supporters and now you are part of our family. Without you, people with BIG HEARTS, we would not be so successful… Your contribution means a lot to our program. It could cover total care for two horses for the year, hay for 5 horses for a year, or most of the vaccines. Your generous contribution could also be applied towards our scholarship fund. This would cover approximately 3-5 students, depending on the lesson type (private, semi-private, or group). It will also cover the electricity bill for the year for our South Bend facility. So as you can see that is a huge help.”

Since the inaugural TEAN Fun Run at the NAFSA conference in Vancouver, TEAN has raised over $10,000 for various charities, including the run/walk conducted in difficult (extremely hot) conditions in Houston in 2012. 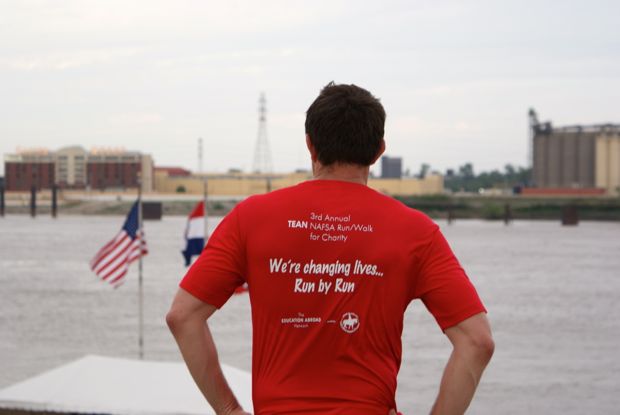 TEAN also supported these other worthy causes during the NAFSA Conference this year: Studying abroad is often sought out by students in college. However, one of the biggest … Read more How I Found My Study Abroad Program

Studying abroad is one of the best experiences you can have in college.  It provides … Read more