One of the included excursions for TEAN China students includes a trip Beijing. It caught me off guard. When people think of Beijing they think of manufacturing and the history, places like Tiananmen Square, or the Forbidden City. However, a modern art district was the last thing I thought that we would be visiting and personally enjoying in Beijing. 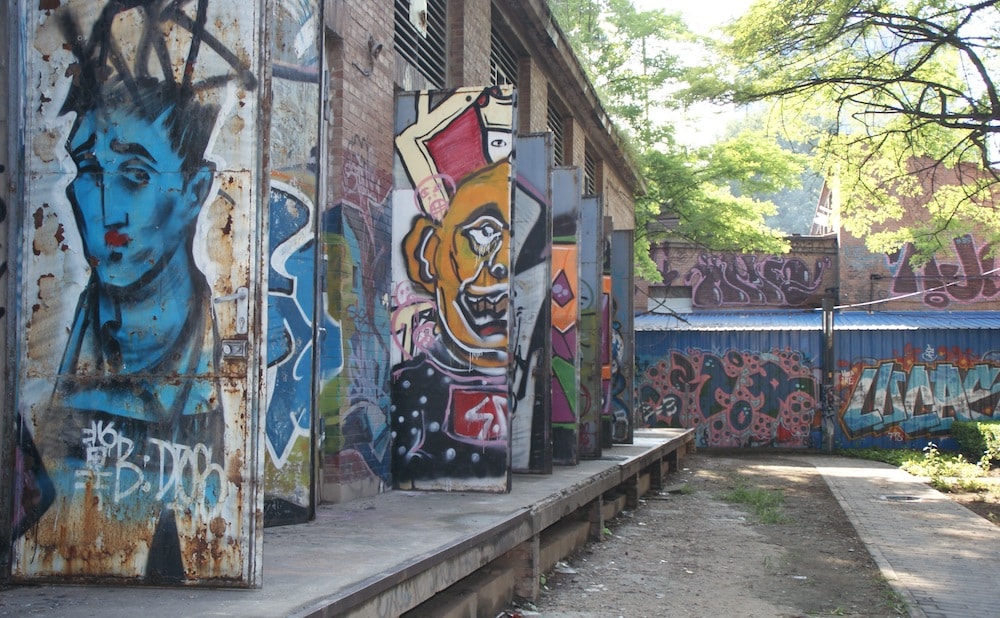 Using a former military factory, the Beijing art community has taken over an area called Factory 798. It resides in the Dashanzi District, a small area spanning a couple blocks with coffee shops and art exhibits. Exploring this district made me feel like someone had plucked me out of China and dropped me somewhere in Europe. With an hour and half of free time to explore, I decided to fly solo and venture out by myself. When we walked from the bus into the art area, the first thing I noticed was this large red prison full of dinosaurs. I tried to read the blurb on this, but not knowing Chinese made this an impossible task. I didn’t let this small setback stop me, so I decided to venture on down the road. 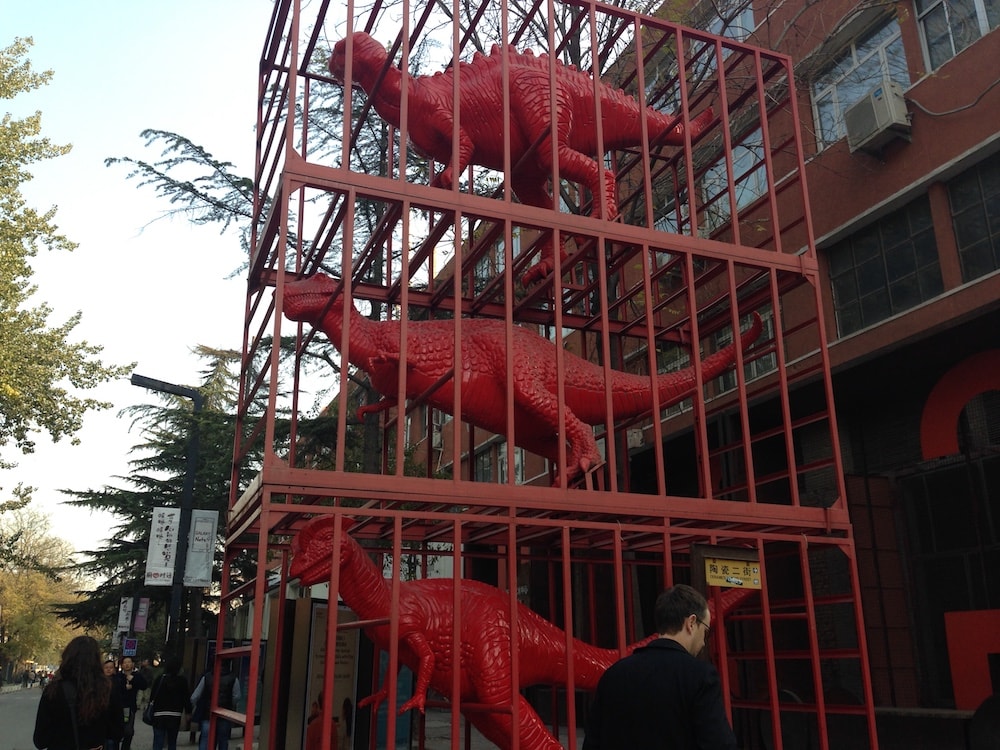 In center of the art district, Samsumg set up a little exhibit promoting their newest Galaxy Note. They had all this artwork produced by the phone, and even had an artist draw scetches of people using a Galaxy Note. The day we visited there was a big promotion event happeing and a model was showcasing the phone. Thinking the model was someone famous, I decided to take a picture, but I later learned she wasn’t that famous. Venturing down a little bit more, I walked into a couple shops and eventually wondered down to the old train tracks. A main attraction for little kids and also a nice little area to stop and rest. I don’t know the reason why an old locomotive is still stationed there, but it was pretty awesome to look at and admire for a little while. With all the coffee shops around, I felt obligated to venture in one and order a latte. And, with my vanilla latte in hand I went down an alleyway and was amazed at all the wall art. There were so many all around, but the one that stuck out the most was the one in the picture. I thought it best represented China with the child eating a bowl of noodles. 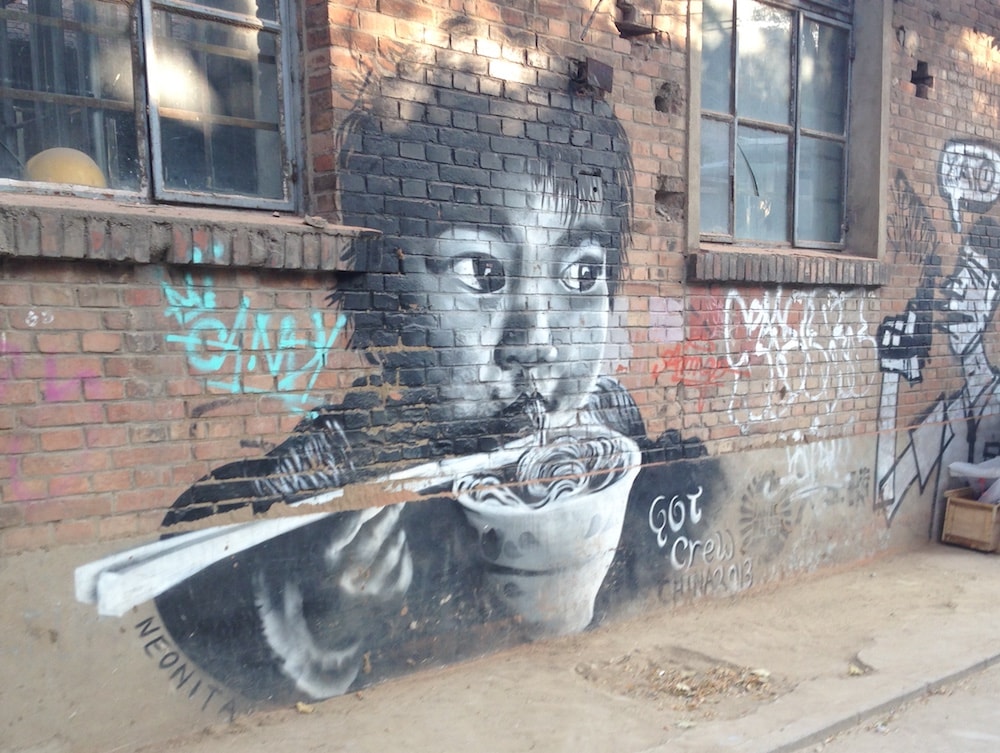 A little ways down there was a man selling all these wonderful small paintings of the Eifel Tower and other global tourist attractions. I wanted to buy one so badly, but I didn’t have enough cash. But, next to him was a man water coloring that caught my eye. I’ve seen dozens of videos on Youtube with street artist creating amazing paintings in minutes, but what made this really impressive was the fact that this guy was using only his fingers to paint. I watched this guy for a couple minutes in awe, but yet again I didn’t have enough cash to make an offer so I left and wandered into a couple art studios. Soon the hour and half was up and we left for the Great Wall, but I had a great time exploring the 798 Art District. Barbra Gould is a business student from St. Mary’s College in Moraga, CA and a TEAN Featured Blogger. She studied abroad at Fudan University with TEAN in Shanghai, China last semester.