Why Australian Coffee Is So Much Better Than American Coffee

Even though I’ve spent the last 5 months studying abroad in a country that loves coffee (and has the self-proclaimed best coffee), I’ve also spent the entire time severely caffeine-deprived.  This unfortunate state is due to a combination of the different kind of coffee that is made here, the higher price, and the expectations involved in ordering and drinking coffee.  Coffee-drinking is a completely different animal in Australia in a few different ways.

In America we seem to favor brewed coffee, typically a larger scale operation that uses less time and money.  They brew a large pot at the beginning of the day and dole it out as needed.  Australian coffee is espresso-based drip-style coffee, which makes it much stronger than American coffee.  They make each drink individually and to order, so the coffee’s not just waiting in the pot for the next customer’s cup. It’s, all around, just much better than American coffee: you can get the same effect, caffeine-wise, from your tiny child-sized Australian coffee as you would from a 12-ounce American cup of Starbucks.

The sizes are almost comically small, but you pay the same price as you would in the US for regular and large sized cups. The Australian small is truly small, by American standards.  The barista will be sure to judge you if you get a really big one. 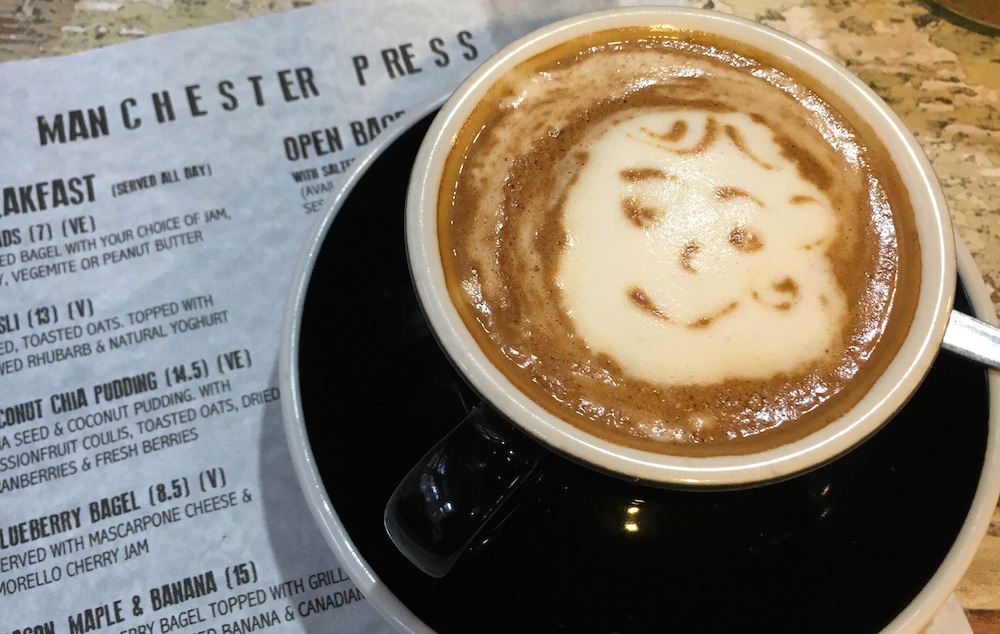 Not silly, necessarily, but to those used to American-dominated “frappuccino” and “macchiato” and all the other pirated Italian words, “flat white” and “long black” are super puzzling to an American visitor.  Taking a coffee making class the first few weeks we were here—even if I didn’t end up using the certification at all—was helpful because it taught me about the actual differences between coffee drinks, as well as how they’re made.

The reason I’ve been caffeine-deprived is due largely to the coffee culture itself.  In America, by contrast, you might have your morning coffee at home and then go to your local Starbucks to grab a second in the afternoon.  Nobody will judge you if you go in, order your coffee, and leave with it 5 minutes later.  But in Australia, you are expected to sit down and enjoy your drink, as the barista painstakingly made it for you individually.  You have to allot a certain amount of time to drink your coffee, and you would want to anyway, because it’s so rich, and you don’t want to just gulp it down like you would in the States.

That’s not to say that you can’t get takeaway coffee; it’s just so rarely done that it’s pretty conspicuous.  Coffee here is a treat to be enjoyed, so you sit down in the outdoor dining area with a book or newspaper and appreciate your flat white rather than running out the door because you’re late for class.  It’s a reflection of Australia as a whole, I think, that you have to be made to stop and think about what you’re eating or drinking rather than the constant on-the-go busybody attitude toward food and drink that is common in the US.

Georgia DuCharme is an alum of the University of Pittsburgh. Georgia studied abroad with TEAN in Australia. Though the world may still feel on hold right now, your dreams of studying or … Read more The Best Places to Study Abroad in Australia

Wondering where the best places to study abroad in Australia are? We got you!  While … Read more