Why Live on the Edge When You can Jump Off? 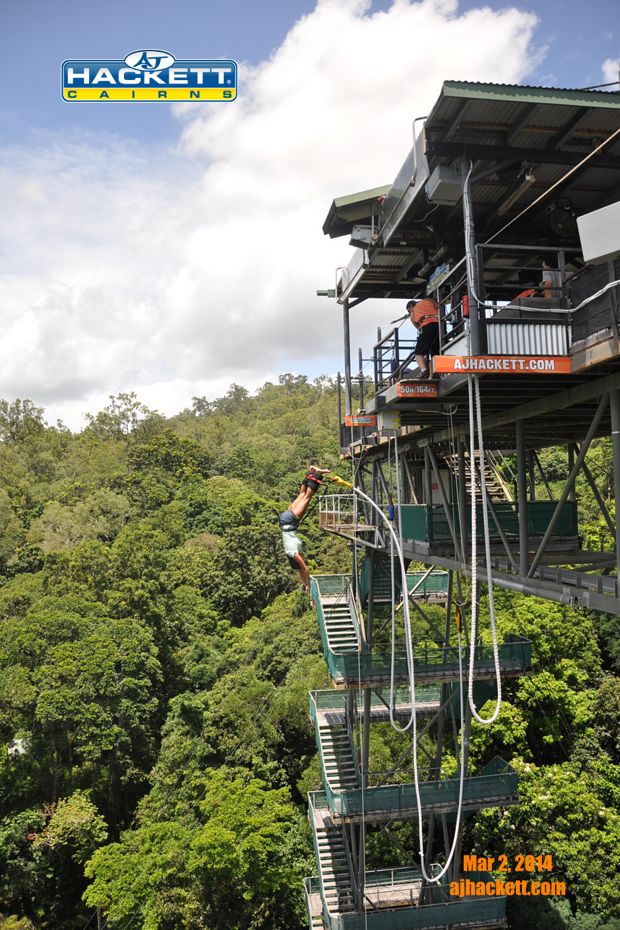 While being in Australia and meeting people in my TEAN program, I have noticed everyone has at least one adventurous goal they want to cross off their list while abroad. A few popular ones are scuba diving, learning how to surf, and the craziest, skydiving.

One that seems to only be a goal of a select few is bungee-jumping. It sounds crazy to most people and even skydivers find it hard to jump off a ledge. For me, it was the number one goal to cross off my list and one of the best experiences in my life.

I’m a bit of an adrenaline junkie so bungee-jumping is right up my alley, but another thing is that there are zero places to bungee-jump in the USA! Trust me. I’ve checked. Ever had a stray thought to bungee jump? Well, this is the time to do so.

The company in Cairns, AJ Hackett, is the only place to bungee-jump all throughout Australia which was super cool since it was right next to the Great Barrier Reef. My friends and I did an adventure-filled weekend and snorkeled the reef, I bungee-jumped, and my friends skydived. It was perfect because I was able to cross off two things I really wanted to do while in Australia in one trip. Bungee-jumping is actually one of the cheaper adventures to do which makes it a fun activity for budgeting while abroad.

The place in Cairns, AJ Hackett, is located in a rain forest over a waterfall. As you walk up the 200 flight of stairs before bungee-jumping, you get a great view of the Great Barrier Reef from the treetops of the rainforest. Unfortunately, your phone or camera cannot come up with you. So be prepared to take some mental picture shots.

The type of jumps that is offered there is crazy—with a few extremely insane ones. You have an option to do a classic dive, get dipped in the water, go backwards, be blindfolded, ride a bike off (I know), run off, do a somersault off, and the list can go on and on. I would say I’m sort of adventurous, but a classic dive and a dip were completely fine for me.

Another great spot that I hear to bungee-jump is in New Zealand and owned by the same company. The length of the tower in New Zealand is around 400 feet while the one in Cairns is 164 feet. If you’re already nervous to jump, maybe starting off in Cairns is the better option. Yet, there is a reason the phrase is ‘Go Big or Go Home’.

Ultimately, the experience was incredible, but extremely fast.  Instead of me telling you detail by detail of what it was like; let me show you.

Skylar Clark is a student at the University of Maryland and a TEAN Featured Blogger. Skylar is currently studying abroad with TEAN on the Gold Coast, Australia.